Marka Bodine pled guilty to aggravated sexual abuse of a child under 14. She is a former teacher in the Tomball Independent School District in Texas, who sexually assaulted a former student in 2021.

According to court documents, the inappropriate relationship came to light after Bodine notified the school principal that she was being harassed by a former student. Bodine said the 16-year-old was making threats to hurt himself and had gotten access to her private photographs and manipulated images of her.

A search of both Bodine’s phone and the student’s phone by investigators revealed several sexually explicit messages and images they had exchanged.

The student told investigators that Bodine befriended him by playing an online video game with him and later started texting him, according to the affidavit. He said he began exchanging explicit images with Bodine, and that they started having sex shortly after he turned 13 – in the classroom and in her car. Their relationship continued for the next three years. Bodine moved into his apartment complex after her divorce.

Bodine eventually admitted to investigators that she had a sexual relationship with the former student and that she had sent the boy explicit images and videos.

The judge sentenced Bodine to 69 days in jail. Bodine will be on probation for 10 years and must register as a sex offender for life.

Harris County prosecutor Janna Oswald was disappointed in the outcome. Prosecutors asked the judge for a minimum sentence of 20 years, but the crime could have been punished by up to life in prison. Oswald said the boy left in the middle of the judge declaring a sentence because “he and his mother were very upset with the outcome.”

The perpetrator in the source article enticed her victim first by playing an online video game with him.

Online grooming occurs when an adult establishes a connection with a child online with the intent of gaining their trust and ultimately exploiting them.

There are approximately 500,000 online predators active each day. According to the FBI, more than 50 percent of the victims of online sexual exploitation are between the ages of 12 and 15.

How can school districts help protect students from being groomed on social media? 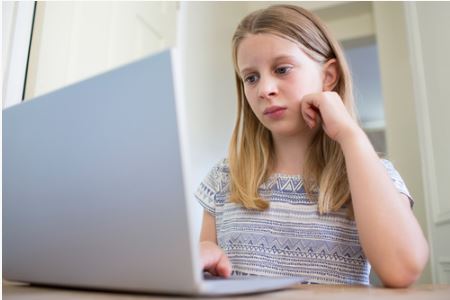